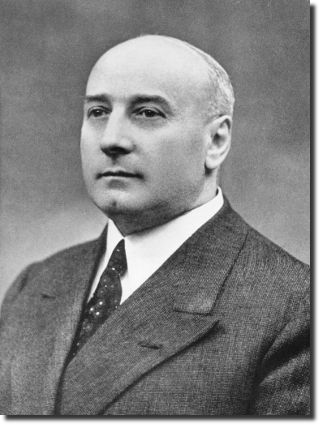 The Weber carburetor was designed to be totally adaptable to any size engine, for any purpose, at any altitude. There is no such thing as taking four of these out of their boxes and bolting them onto an intake manifold, and away you go. It simply isn’t done that way. This carburetor was intended for serious tuners and performance enthusiasts who want the most out of their engine and know how to work with them.

Since the 60′s, Webers have been considered “the ultimate carburetor”. They were standard equipment on the finest racing and street machinery to come out of Europe (and America) throughout the 60′s.The competition Cobras and GT40′s were equipped with Webers, and they made enough power to lead Ford to a World Championship, beating Ferrari. That had never been done before. Those cars were all powered by Weber-carbureted Ford V8′s.

Chevrolet V8′s have “Weber roots” as well. The famous Grand Sport Corvettes were powered by special 377 cu. in. small blocks with four huge 58 mm Weber side drafts on a cross ram manifold (today, I still build that same carburetion unit, but with smaller carburetors more suitable for street driving). The side drafts are the most exotic Webers of all, because they look so interesting (photos below).

Today, Webers are the closest thing to mechanical fuel injection, but they’re much better suited for the street. The engine performs and responds like it has fuel injection…except you’re running carburetors. Many people call the Webers “injection”, which is incorrect. They’re not fuel injection, but your engine doesn’t really know the difference.

Race cars have come a long way, so they now use modern electronic fuel injection. Today, Cobra replicas and street rods account for the highest number of Weber carburetion systems still produced. Nothing matches the throaty carburetion “howl” of a Weber-carbureted engine when it’s running floored, wide-open. It’s music. And, of course, nothing is as impressive when you lift the hood. Next… All six of the Cobra Daytona Coupes were equipped with (4) 48IDA Weber downdraft carburetors, just like the competition Cobra roadsters. The Corvette Grand Sport engines were 377-inch aluminum small blocks that ran (4) 58mm Weber side drafts on a cross ram manifold. So, Weber 48IDA (downdraft) and DCOE (side drafts) carburetors, recognized as the best racing carburetors in the world, were on all the fastest race cars of the 60′s. There simply isn’t a more efficient way to produce horsepower and torque throughout the entire rpm range on carburetors.

Today, four Webers will still produce more torque over the whole rpm range than any other carburetion system. A modern four-barrel will usually match or beat them at redline, but getting to the redline faster is what the Webers do. They make race cars come out of the corners like rockets, developing super-strong midrange torque. They’re designed to operate on an independent runner manifold where each throttle plate is dedicated to its own cylinder.

Instead of making one mass of air available to all 8 cylinders, there are 8 small, individual columns of air. These 8 individual air columns can move very fast when the throttle is opened. That means constant velocity with virtually perfect fuel distribution…and that’s why Webers produce gobs of torque anywhere in the rpm range.

From the driver’s seat, Weber engines feel very “peaky” all the time; throttle response is instantaneous, and they make the car more fun to drive on the street. Regardless of camshaft, the engine becomes more flexible and doesn’t rely on high rpm’s to bring on the torque. When properly calibrated, Weber carbureted engines are a lot more fun to drive on the street, where flexibility can be appreciated.

From The Fiat 850 Project