Ford Flops? American automakers sometimes take the brunt of the criticism for producing models that are ugly, useless, or even downright dangerous. Ford has had its share of beasts through the years in addition to several winners including the current Mustang for which demand cannot be met. For the fun of it let’s take a look at some of the Ford models that have been derided down through the years. Model T – What?! How can the car that introduced mass production make the list? Well, the car was fine, but Mr. Henry Ford’s statement, “You can have any color you want as long as it is black” has been attributed with the rise of General Motors [who gave its customers a choice in colors] which eventually dethroned Ford as the top automaker in the world. No, the Model T was fine, but Mr. Ford’s marketing strategy was not.

Edsel – In September 1957, Ford launched a new division – Edsel – and introduced to America one of the weirdest looking

cars. Sporting a “horse-collar” shaped grille – some equated it with a toilet seat – the Edsel line was hyped by Ford and rejected by consumers wholeheartedly. Expecting to build 200,000 Edsels in its first year of production, only 63,000 were built. Other “radical” aspects of the Edsel included a “floating” speedometer that glowed upon reaching a particular speed and an awkward push button transmission with controls attached to the hub of the steering wheel. Even with a quick makeover completed in time for the next model year, the Edsel limped along only to be pulled one month after the third model year vehicles were released. Pinto – Hey, even I owned one! With a 2.3L inline four cylinder paired with a 4 speed manny tranny, the Pinto was Ford’s answer during the 1970s to the onslaught of Japanese cars flooding the market. The compact rear wheel drive coupe, three door hatchback, or wagon sold fairly well until disaster hit: the revelation that the Pinto’s gas tank was capable of exploding during a rear impact scared buyers away. Mercifully pulled after the 1980 model year; replaced by the popular Escort. Mustang II – Ford tarnished the Mustang name during the 1970s with this forgettable and ugly model. Resembling a bloated and stretched Pinto, the Mustang II was weak, poorly made, and a terrible competitor against its arch rival, the Camaro. All was forgiven by the early 1980s with the return of a newly designed Mustang. Today’s Mustang, on the other hand, is a sold-out success story as it took its styling cues from a Mustang of another era: the fastback cars of the late 1960s and early 1970s.

Before you point your finger at Ford, don’t forget to recall some truly forgettable models, foreign and domestic. The Toyota Van was panned for its ugly styling and for having an engine that had to be dropped from the engine bay in order to do a tune up; the Chevy Vega – a Pinto wannabe; AMC’s Pacer – the Jetson’s car; the Suzuki Samurai and Isuzu Rodeo – flip over specialists; the Yugo – a thinly redone 1960s era Fiat; and countless other cars not worth the mention. You hope that automakers learn from their mistakes, but don’t count on it. Maybe in another generation we will see a truly forgettable Ford show up, but for now there isn’t one in the line up…hooray for that! 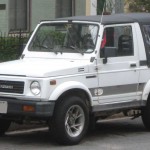 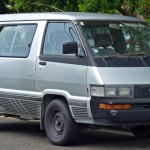 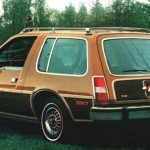 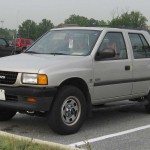 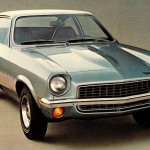