Ford Motor Company has a long history spanning more than a century. Classic Fords are everywhere and they are the focus here. This is my list, in no particular order, your mileage may vary. Henry Ford built his third vehicle, a truck, in 1900. By 1917 Ford introduced the 1 ton chassis built for trucks and the Ford Panel Delivery became truck based, so it carried truck styling — along with dual side-hinged rear doors, a larger cargo compartment, and higher payload capacity. In the the 1930s Ford redesigned their truck line and the panel van along with it. The 1936 Ford Panel Truck become the icon for all sorts of businesses to deliver their goods to customers. The Ford Thunderbird was created from the ashes of a smaller two-seater sports roadster was created at the insistance of Henry Ford II in 1953 called the Vega. The 1955-1957 Ford Thunderbirds were 2-seater convertibles that, unlike Chevy’s Corvette, were not marketed as a sports car. Instead Ford created a new market segment for the Thunderbird; Personal Luxury Car. In 1958 a second row of seats were added. Following generations became larger until Ford downsized the line in 1977, again in 1980, and once again in 1983.

After a 4 year absence, Ford reintroduced the Thunderbird in it’s original configuration of a 2-seat convertible for a 3 year run. From its introduction in 1955 to its most recent departure in 2005, Ford has produced over 4.4 million Thunderbirds. Variation was the key to the great success of the Ford Galaxie. When introduced in 1959 there were 6 different models for the consumer to choose from. Always a full size automobile, some Galaxies were high-performance, racing specification machines. Others were just plain family sedans. In 1966 the Galaxies were fitted with the 428 cu in (7.0L) Thunderbird engine and became the #3 selling convertible in the US (27,454 sold).

The Galaxie came from the Ford Fairlane mid year in 1959 and was replaced by the Ford LTD in 1975. Approximately 7,850,000 full-size Fords and Mercurys were sold over 1969–1978. This makes it the second best selling Ford automobile platform after the Ford Model T. What to say about the mustang that hasn’t been said a million times? The Mustang started life based on the Ford Falcon platform. It was introduced early on April 17, 1964 at the New York World’s Fair, and thus dubbed as a “1964½” by the Mustang fans. The mid-year introduction was a favorite of the early Ford marketers. The thinking was that it would feel newer than the other 1964s.

Ford created the “Pony” car class with the mustang. The “Pony” cars are easily recognised by their long hoods and short decks. This became a popular configuration for American cars and the Mustang led the way for others such as the Chevrolet Camaro, Pontiac Firebird, AMC Javelin, and the revamped Plymouth Barracuda and the first generation Dodge Challenger.

Prior to 1948 Ford’s truck offerings were car based models introduced in 1942. The 1948 Ford F-Series upped the ante for consumers wanting a heavy duty working vehicle. The F-150 version of the F-Series is the most popular selling vehicle in the US for the last 32 years, and the best-selling pick-up for 43 years. Currently in its 13th iteration, The F-Series is still the workhorse darling of Ford. The Ford Model B, or Model 40B, is the classic hot rod Ford. Instead of just updating the Model A, Ford decided to launch a completely new model. The 1934 Ford Model 40 DeLuxe Coupe had a factory price of $555 and the new flathead V8 engine which produced 85 horsepower was a vast improvement over the 4-cylinder from the previous year.

But what really makes this Ford a classic is what happened to them after they were sold. In the years that followed the second world war, hot rodding was born. And the 1932-4 Ford Model 40Bs were a favorite car to strip down and hop up. Mostly due to their plentiful nature, cheap price, and that flathead V8. Hot rodders would strip off the fenders to save weight and soup up the engine to eek out more horsepower.

The 1934 Ford V-8 is infamous as being the Bonnie and Clyde “death car”. Both of the outlaws were killed in their stolen car in a May 1934 ambush by law enforcement officers in Louisiana. Named after the Italian city of Turin, Italy, the Ford Torino was the epitome of a muscle car. The Torino was initially an upscale version of the Ford Fairlane and even shared some badging from 1968-1970. But by 1970 Fairlane was dropped all together and the Torino stood, and roared, on it’s own. Most Torinos were normal cars but some were manufactured and power planted with the 7.0L 428 and the 429 Cobra-Jet engines. This was Ford’s NASCAR entrant and owing to the NASCAR rules about racing models having to be produced for consumers too, some lucky owners bought these race cars to drive on the roads of America.

The history of Torinos had some interesting examples along the way. The white striped red 1974 Gran Torino used in the TV series Starskey & Hutch has become iconic of Ford Muscle. Also along the way were the Torino Talladega and the Torino King Cobra, both were factory models with race like aerodynamics and big power engines available for public consumption. The Bronco was introduced in 1966 as a competitor to the small four-wheel-drive compact SUVs that included the Jeep CJ-5 and International Harvester Scout. The history of the Bronco can be divided into 2 halves. The first half with the compact version and the second half with the full sized version. A 92 inch wheelbase makes the early Bronco a great vehicle for off-roading and in fact they are a coveted rock crawling machine.

The Bronco permanently entered American popular culture on June 17, 1994, when a white 1992 model owned and driven by Al Cowlings with O. J. Simpson, who was wanted for the murders of his ex-wife and her friend, attempted to elude the Los Angeles Police Department in a low-speed chase, which was nationally televised and viewed by millions nationwide. The “Woodies”, as the Country Squires were affectionately known, were a full sized station wagon. Originally the frame, fenders and hood were made of steel and the rear of the car’s body was made of wood. In later years the, after the mid-1950s the rear body was composed of fiberglass covered by a vinyl appliqué printed to simulate wood.

A heavily modified 1979 Country Squire Wagon was used by the Griswolds in National Lampoon’s Vacation. Branded as the Wagon Queen Family Truckster, it is meant as a parody of 1970s American vehicles and is largely destroyed on a cross-country road trip.

So, there you have it. Of course there are omissions in this list. Everyone has their own list of Classic Fords that they remember and love. As I said, this is my list. 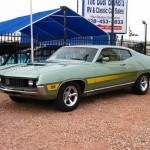 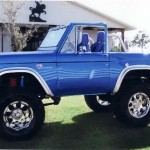 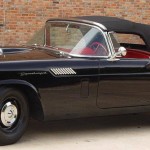 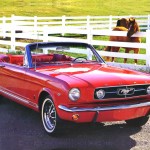 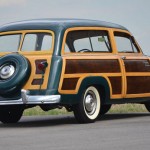 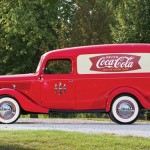 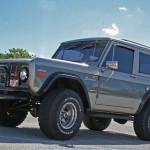 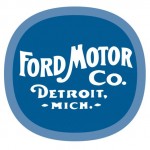 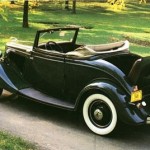 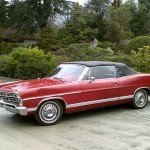