We all need to help spare the environment, yet for some of us it’s easier said than done. Hybrids are still pricey, public transportation isn’t always reliable and giving up our automobiles isn’t necessarily a choice. 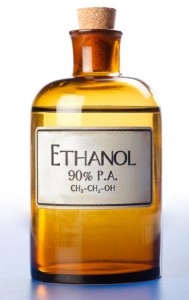 Ethanol fuels are classified as alternative fuels by the U.S. Department of Energy, the latest blend of ethanol fuel, or E85, is made up of 85 percent ethanol and 15 percent unleaded gasoline. Ethanol contains oxygen, which results in fuel combusting completely and reducing emissions. Made from foodstuffs such as corn, wheat, barley and potatoes, ethanol is biodegradable. Production of ethanol actually requires less energy than diesel and gasoline.

The U.S. has already diminished its fuel consumption considerably, according to Bob Dinneen, president of the Renewable Fuels Association. But using the new ethanol fuel blends, such as E85, could help considerably.

A small, publicly traded company with headquarters in Virginia, Xcelplus International has introduced new technology that will enable motorists to use the lower-priced E85 fuels that are now available.

The company’s new kit can transform practically any automobile into a flexible fuel vehicle. The kit consists of a coating agent to protect the engine from the acids associated with E85 and a “FlexteK” adapter that allows the vehicle owner to choose the type of fuel to use in the car. The adapter can easily be removed and reinstalled in another vehicle if necessary.